If you ordered any of the 3d printer stepper motor drivers off of eBay they come with little aluminum heat sinks, but do they actually help?

I decided to just put them on and see if it made any difference. 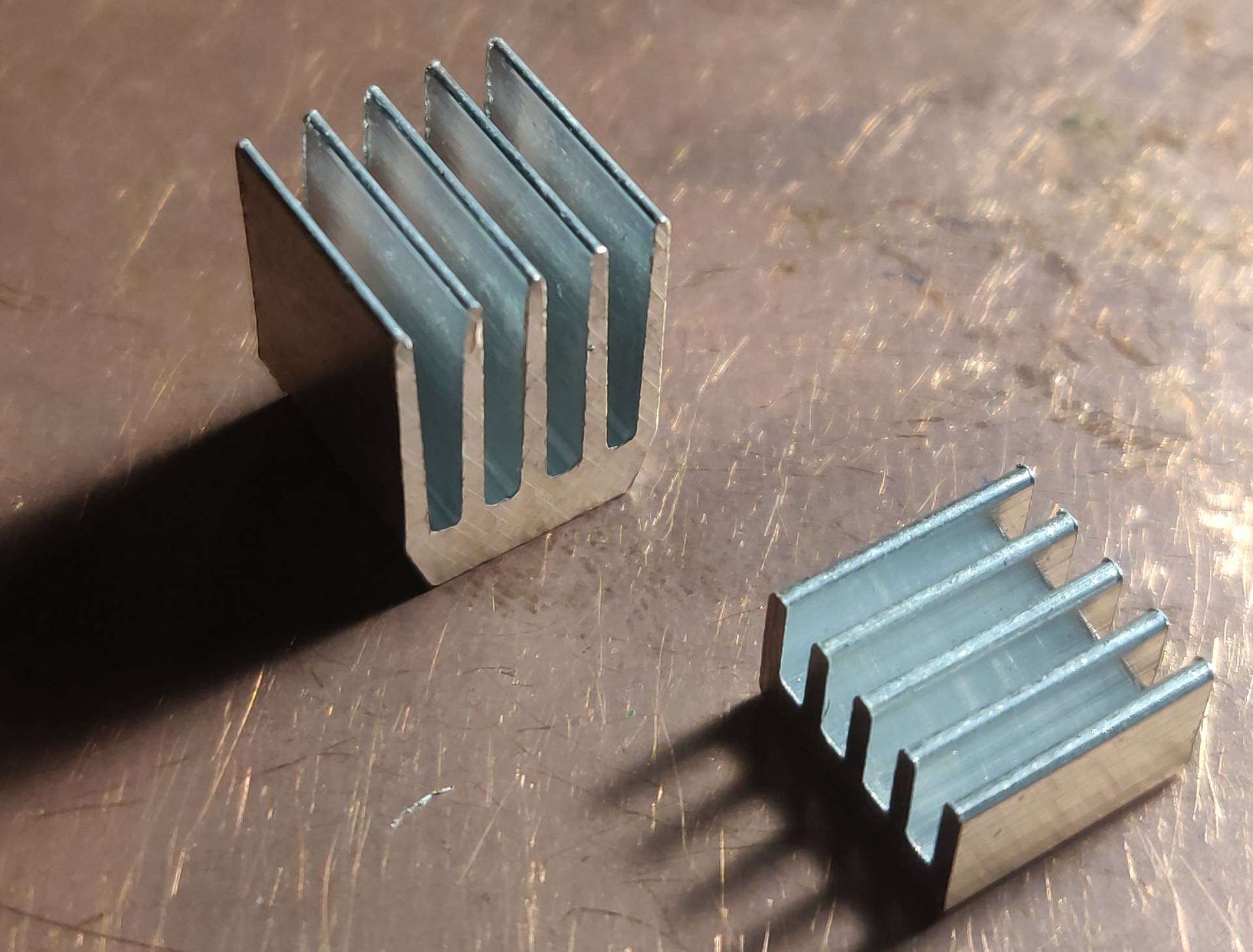 The test was running the driver idle at the 1.1A and capturing temp readings at 1min increments for 10 minutes.

The board used to test is my TB67S128FTG stepper carrier: 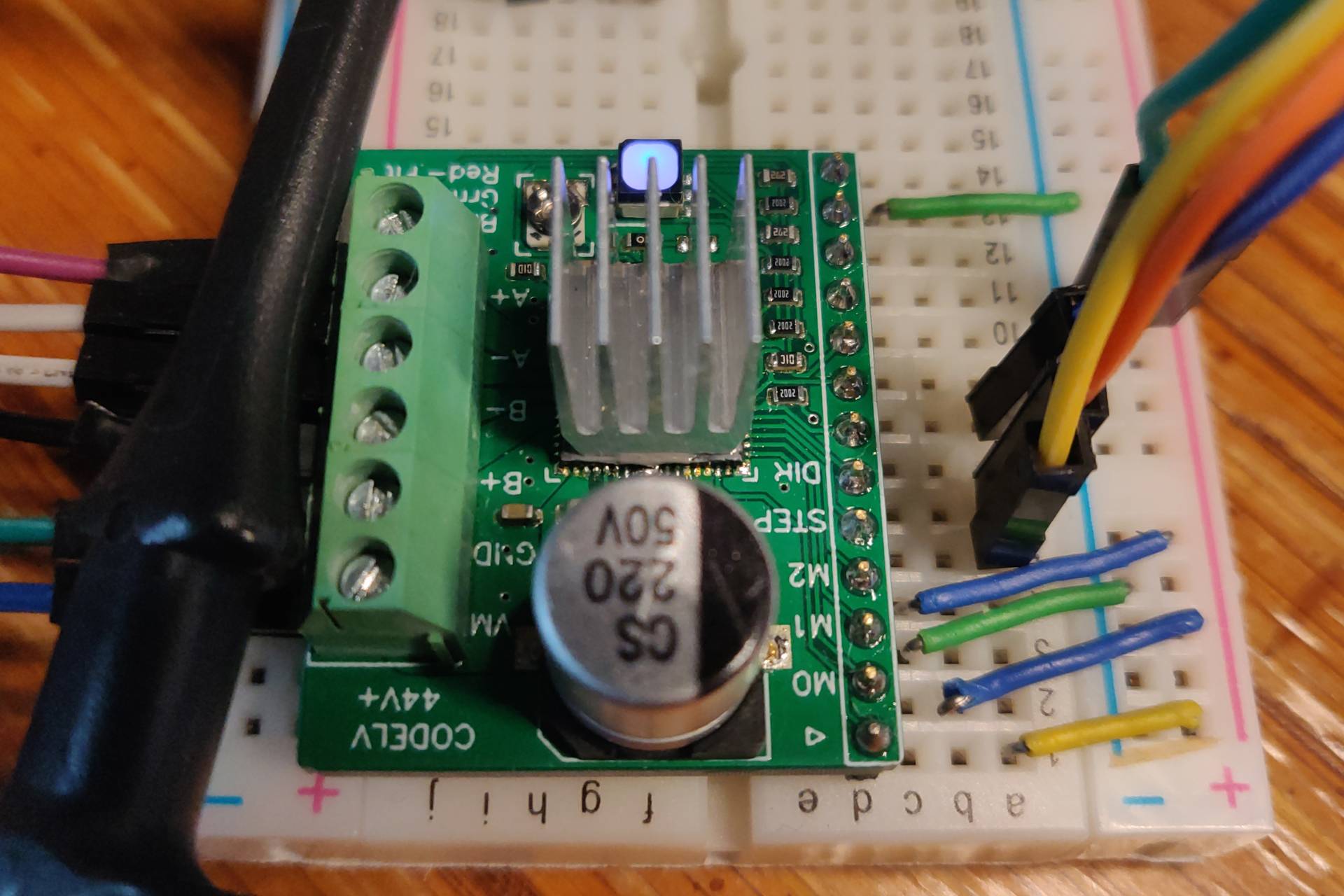 An IR capture at 9 minutes with the larger heatsink. 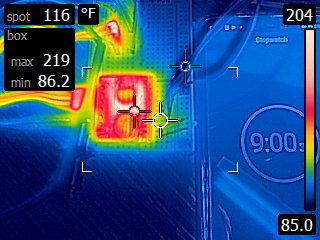 An IR capture at 9 minutes with the smaller heatsink. 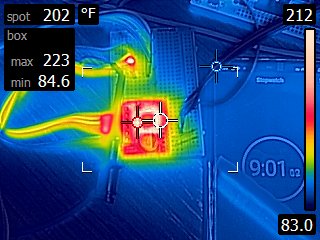 An IR capture at 10 minutes with no heatsink. 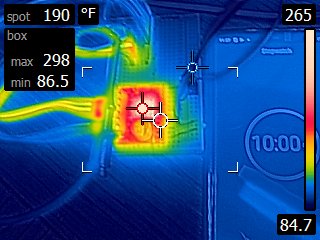 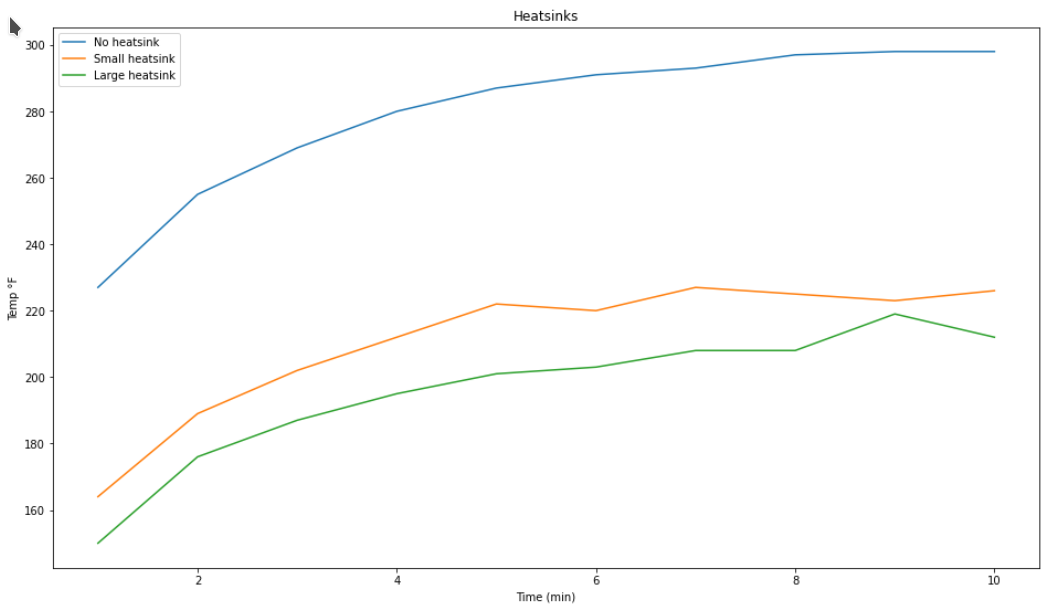 The readings are not exactly apples to apples. The IR camera picks up the chip temp when no heatsink is present but finds the board temp when the heatsink is on.

I decided to keep it running without any heat sink and at 11:49 it stopped due to thermal shutdown. With the large heat sink it doesn't shutdown so it definitely does help (didn't try the smaller one).

As the board heats up the current drops due to the interal mosfets resistance changing adding a heatsink did improve the peformance but the difference in actual the current limit I could set was pretty minimal.

The TB67S128 datasheet doesn't list the thermal resistance of the package but from what I recall most of the heat is actually is disspated through the board and not the top of the package so having a heatsink on the bottom of the board might make an even bigger difference.

For the few cents the heat sinks cost it's probably worth it but is nowhere near the performance of a fan. Maybe I'll do another test with a fan and better thermal compound.

Hope you found it as interesting as I did, have a great day!