One of the LED bulbs failed after about 2 years, far short of it's claimed 9 year rating, so I decided to see how they are built.

The bulb was installed in a refridgerator and only one of the two died, maybe there was a spike on the line I don't know. 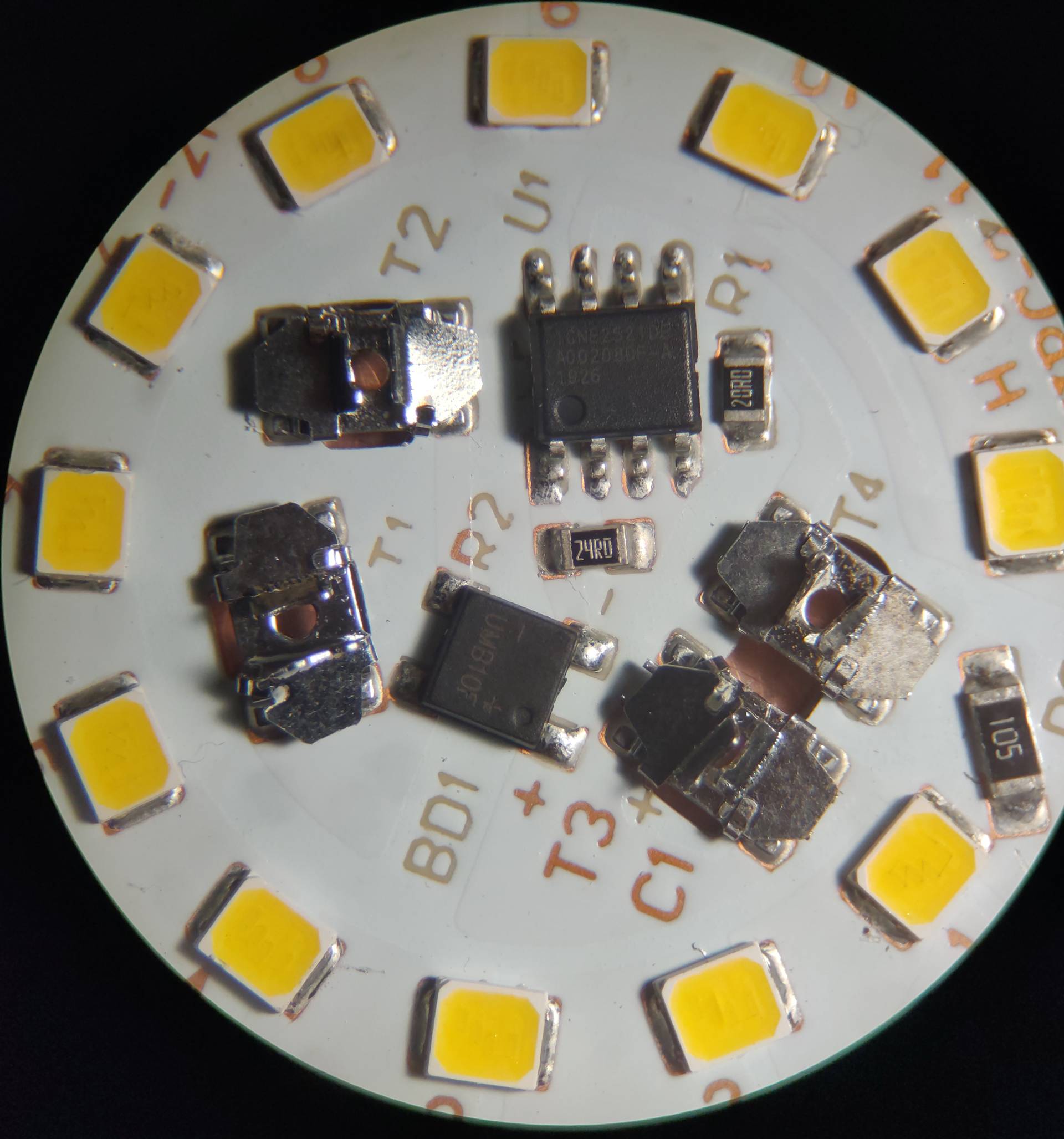 The line in comes on T1 and T2 using pretty neat SMD connectors that grab when you pull on the wire. The capacitor is inverted on T3 and T4 using the same connectors. It's unclear how they ensure the capacitor doesn't move and short to the side of the pcb.

It follows the schematic directly except there is no input fuse or MOV so the rectifier itself appears to be the input protection. C1 is 15uF, RDP is 1MΩ, RSET is a 24Ω and 20Ω in parallel or ~11Ω.

All of the the LEDs still work. Each LED has a forward voltage somewhere about 10.7V at 20mA and are extremely bright. Under the microscope it looks like each led has either 4 or 5 separate leds in a single die, its hard to tell. 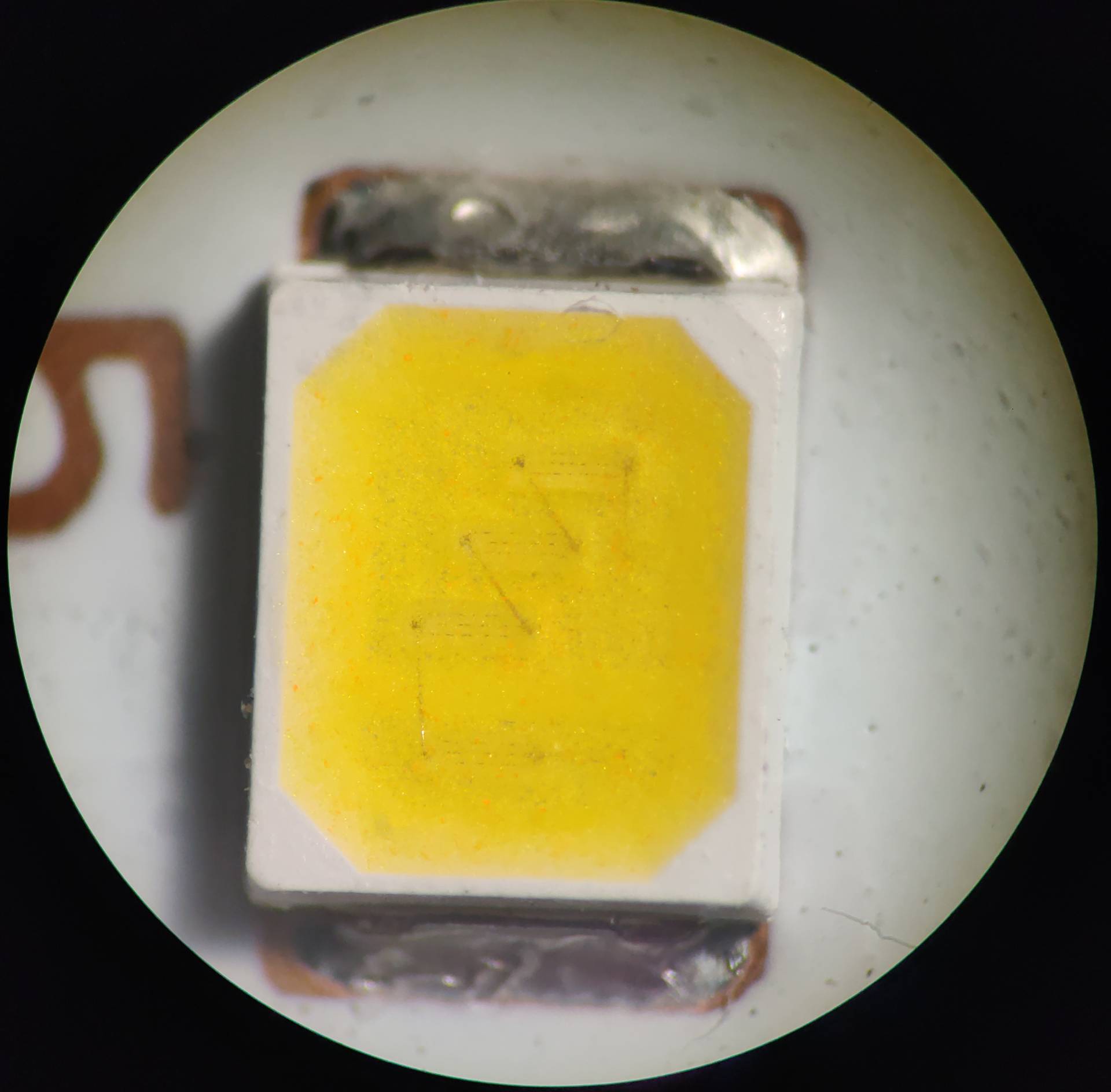