My wife wanted me to make a sign on the engraver... so I got "v-carve" toolpaths working in DeclaraCAD. 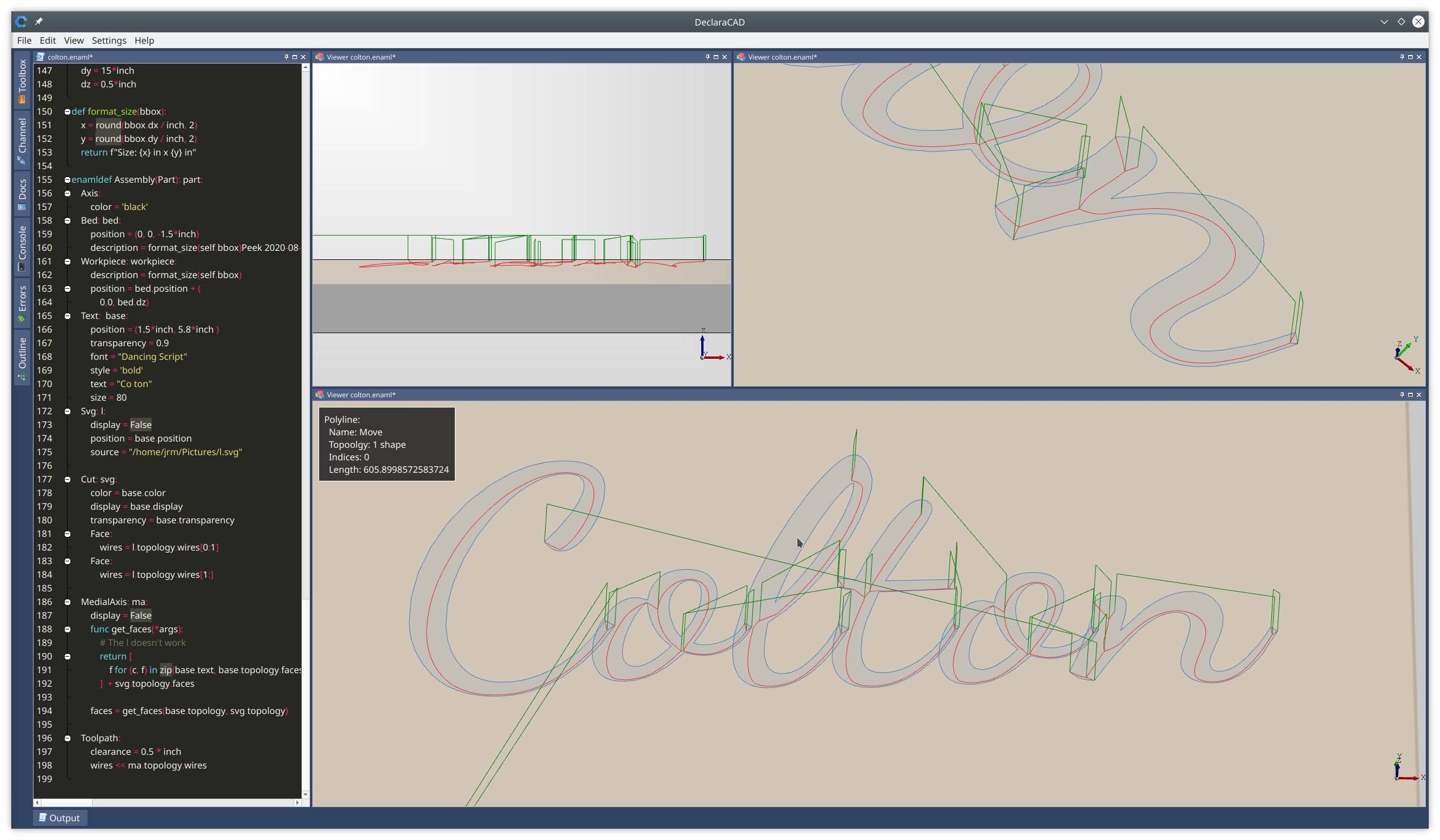 A lot of fonts and letters don't work and for the one she wanted I had to tweak some of the letters in Inkscape for it to work without crashing but it seems to work quite well.

Once the medial axis code was figured out (that took a while) it was quite easy. I'm not sure if I'm going to push the code for it since it requires too much tweaking to get it to work correctly.

Unfortunately cutting didn't go perfectly... The spindle has some backlash in the Z-axis which needs addressed. Also some more tweaking needs done to reduce the unnecessary lifting and dropping of the head. But anyways heres' the result: 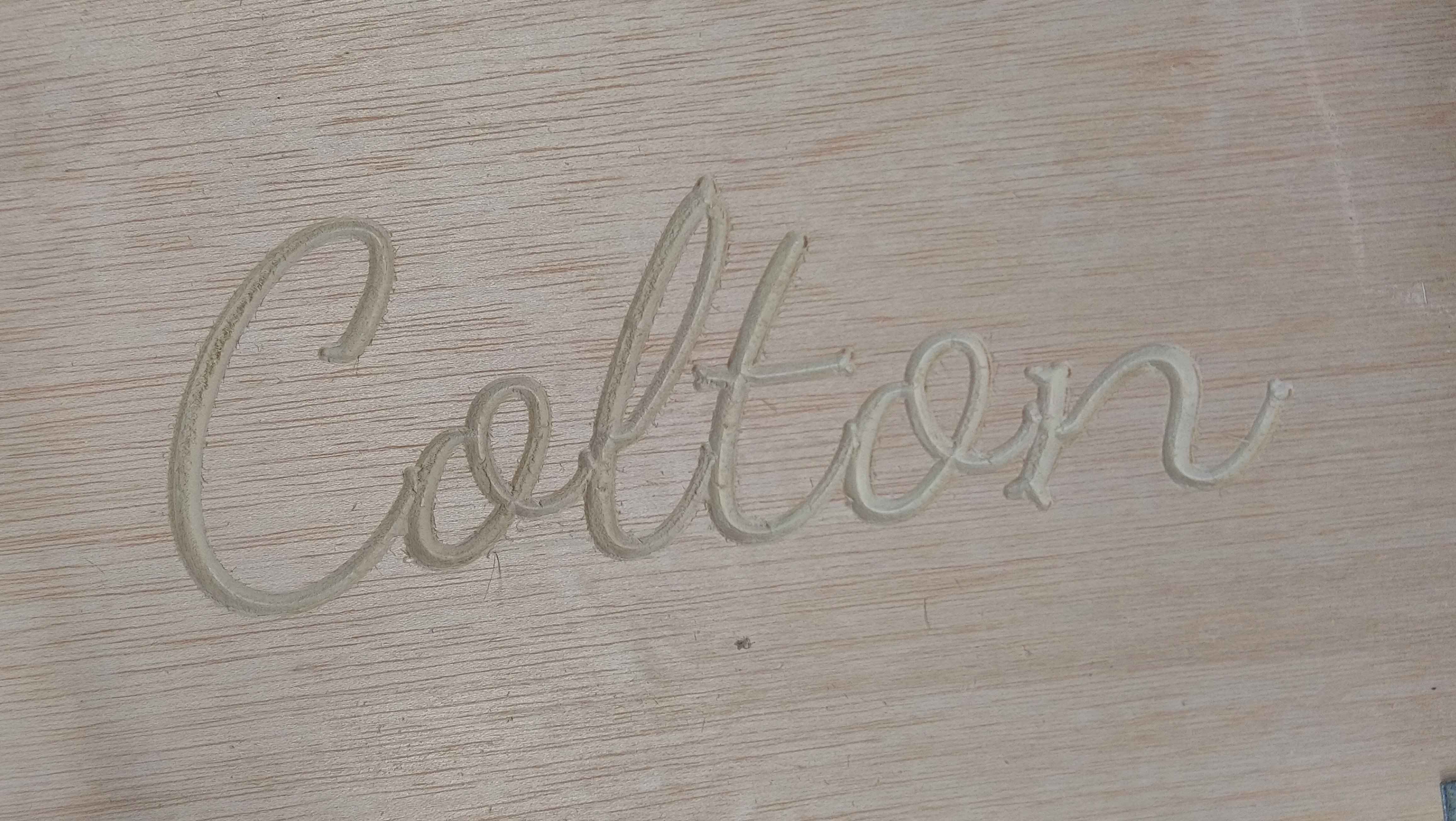 Not perfect by any means but it's a start.

Backlash is shown here I think it's something got shifted and needs pressed back in...

Update! As a former colleague used to say, don't blame hardward for a software problem. While there was definitely about 1/8" of backlash (which I mostly fixed) the real problem was I had a maximum limit set on the controller preventing the Z-depth from going as far as it was supposed to! After fixing both problems the here's the result! 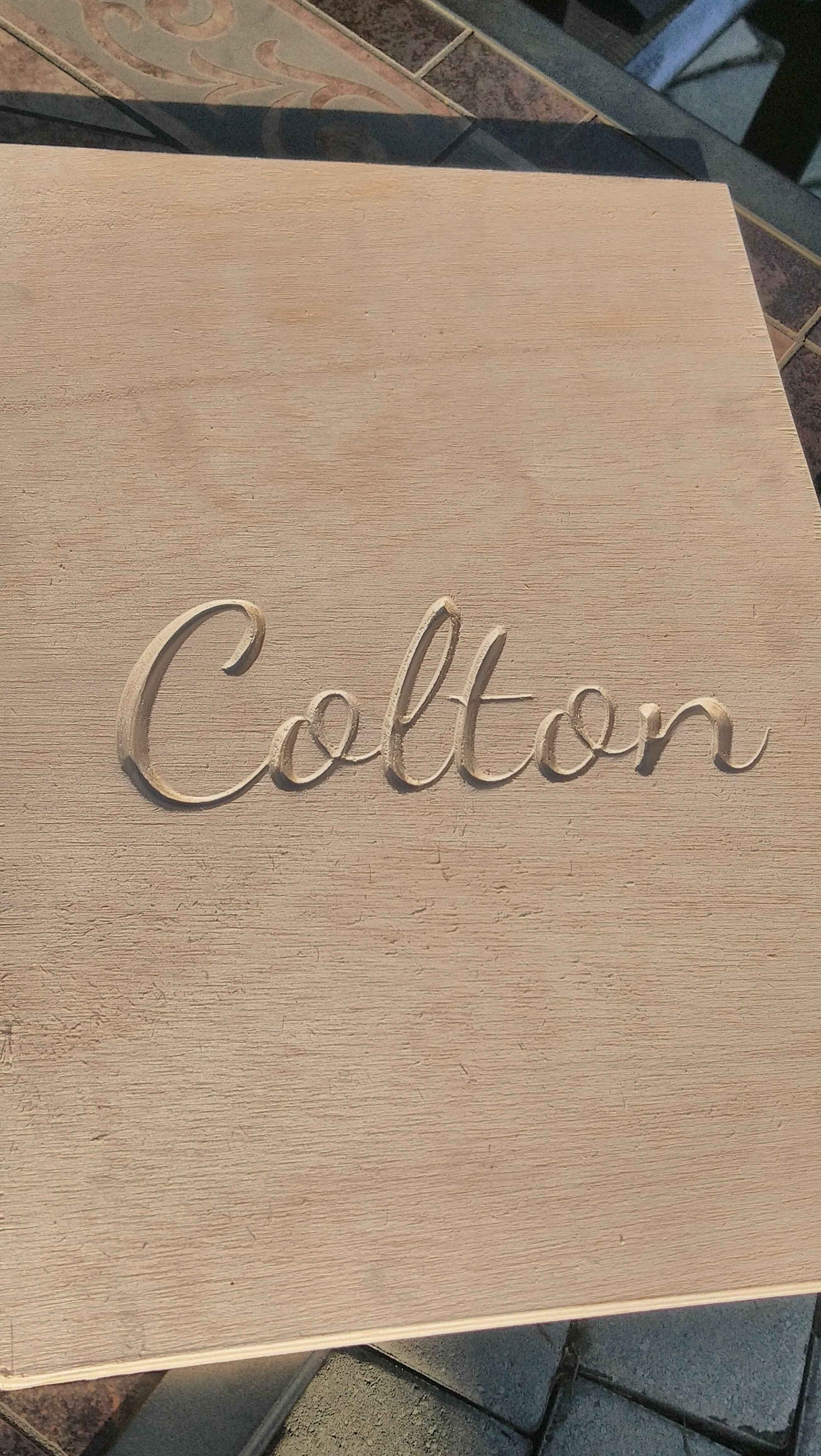 A big thanks to Anders Wallin and his openvoronoi project for sharing all his work! Conda packages for openvoronoi and truetypetracer for python 2 and 3 are available in my forks on github if anyone is interested.